David Bowie’s handwritten lyrics for the single starman It was snapped up by a Tasmanian museum owner who admitted he “walked away”, paying five times the estimated auction price.

The lyrics, originally estimated to be worth £40,000, sold for £203,500 this week after a UK auction house saw “almost unprecedented” interest in the lyrics.

“We swept away and paid a lot,” said David Walsh, owner and founder of the Tasmanian Museum of Old and New Art (MONA), David Walsh. 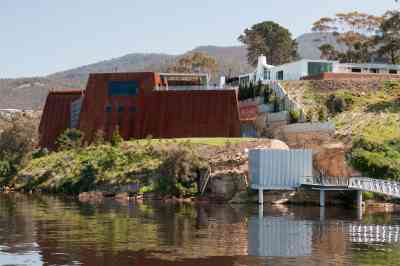 The lyrics will be placed in the £45 million museum in Hobart, Tasmania

“It will appear in the expanded library we are currently building, along with many other items that we have carried and paid so much for,” he said.

Walsh, who made his fortune by developing a gambling system he was betting on

Original Mean Girls cast: Where are they now?